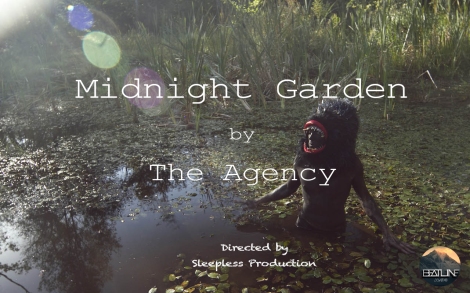 (French Version here)
It’s never too late … Finally I got some time to write an English version !
Have you ever heard about The Agency ?
If you’re looking for a biography, stop ! Just stop !
That’s normal ! Why ? I think this might be a consequence of our society, people only listen to the radio, to commercial tracks. And this kind of music, this kind of madness is not commercial so, not commercialized … FUCK !

The Agency is a crazy Parisian band born in 2006. They are old friends who decided to make music together, or (mainly) to create a new world, « Kiwiland » …

Their brand, « We Are Not Singular » defines them perfectly.

When the subject is Music, they know how to deal with that.
Their own music is something between old Pop actualized with deep bass, dreamy synths and beautiful voices. An Electro touch, some harmonies coming from nowhere, their atmosphere, composed the band and make them a great discovery I’m pleased to introduce you.

The Agency & Sleepless Production present :
Midnight Garden
We had to be crazy to do this project exist.
We’ve all been.

‘Midnight Garden’ is the second track from ‘Somnographe’, their first album released in 2011 by A Quick One Records. It is from this date they began to think and to work on a possible movie clip. The first shots were taken in December 2011, to finally be published the 25th of February 2014.

« This movie is the story of a delay » dixit The Agency on their Timeline.
Beside the fact it was published with one day late, 24 hours, well, that’s almost nothing, but we had to wait. I had to wait ! (You will understand why).

The short film describes a delay too (The reason of the delay of publication ? Well Done).
The main character is in black with this typical head : a « Gollira », maybe a synonym of crazy, absolutely ! He has other names, Pataglu/Diego/Jean-Paul. Beware of the Dog !

« Then he leaves the center of the earth, he crosses oceans and arrives in a forest ! » He is late for a meeting. « … during this time, his friends are waiting for him in the desert » all around of a machine with a leg. (I’ve already told you they were disturbed …)
We can follow the main character in a race in different places, coming from Pim’s brain, imitated or reals.

I wanted to present you the short film in order to put yourself in their shoes and to imagine their world.

Indeed, Pim, from Sleepless Production really succeeded to make The Agency’s world alive. He spent hundreds of hours drinking coffee and watching the clock ticking away, living like a vampire. The three men were good companions by visiting him often.

Also, I had the chance to go in the studio, days before the release, so I was able to see his status, tired, going to bed at 10am… At the same time Pim teached me some basic lessons about Post-Production.
Now you understand why I wasn’t able to wait a bit longer !

So I began to write again little reviews about artists, tracks or releases on BeatLine, first one in 2014.
And I’m glad that I wrote the first review for them because I always present The Agency to my friends as « my Parisian band » for whom I had a heart stroke 2 or 3 years ago.

I hope I gave you reasons to hear more about a « Made in France » Pop band. They deserve it !
I advise you to listen to « Watching Us », « Mystery » and « Midnight Garden » again and again.

One response to “Midnight Garden by The Agency (English Version)”